Olympic Hall has been shining as a beacon, as a central point for culture, education, religion, Hellenism for all Greeks of South Australia.

It was in 1930, that the Greek Orthodox Community of S.A., formed by a handful of Greeks in Adelaide, started on a journey that no one knew would go so far. It changed the lives of so many, and became the centre for Greek migrants. It would go through ups and downs and rise back to the top, entering the 21st century ready to continue serving the community. 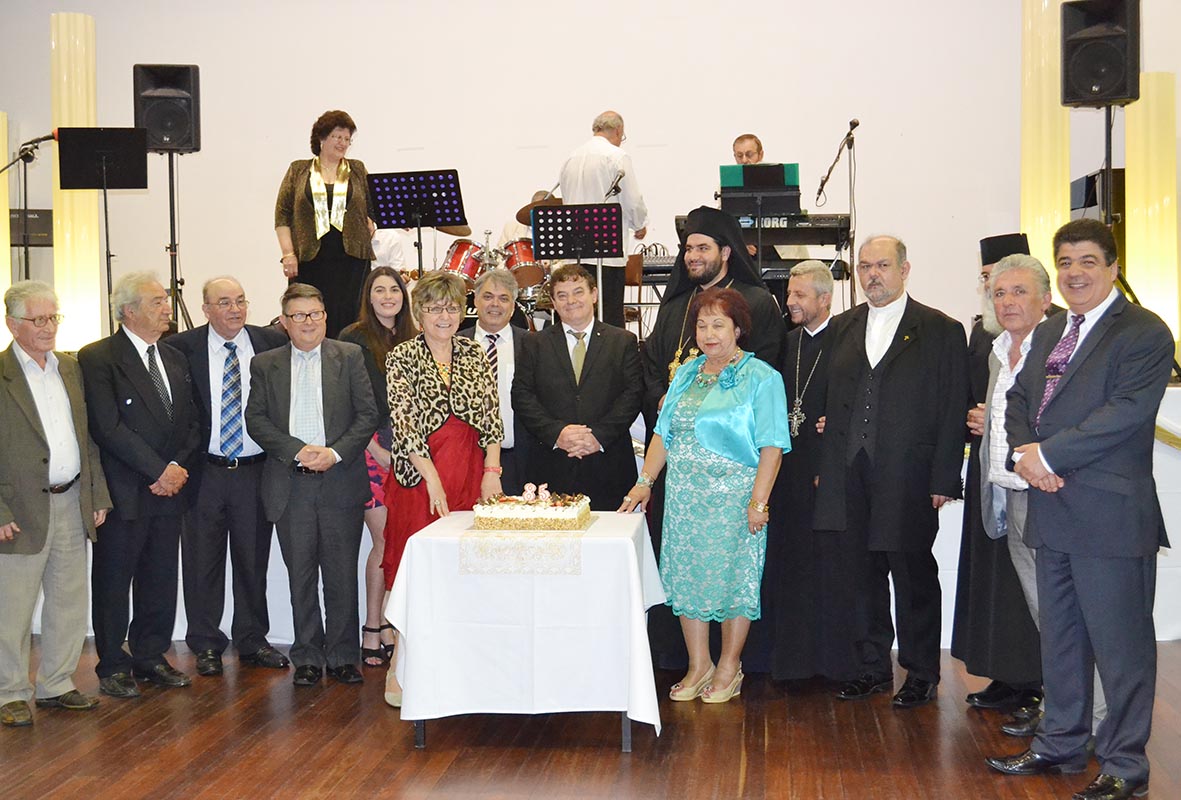 It’s this Community the Greeks of Adelaide celebrated on Saturday September 26 at Olympic Hall, where the Community’s history has been written and preserved. Hundreds of guests attended the Formal Dinner Dance, an event that highlighted this year’s celebrations for the Community’s 85th Anniversary.

The hall decorated to impress and to reflect the glorious past and the promising future. The familiar warmth and the welcoming atmosphere inside Olympic Hall made everyone feel at home. Inside the kitchen the Professional Caterers worked tirelessly to offer the best dinning experience to guests as they were entertained by the popular band Trio Zorba.

Amongst the official guests who also attended the Formal Dinner Dance was Ms Angela Keneally, Mayor of Charles Sturt Council and Mrs Roula Soumas, President of Greek Women Society “Taxiarchis”, a society closely affiliated with the Greek Orthodox Community of S.A. and many more.

The event commenced around 7.00pm with Mr Bill Gonis OAM, President of the Greek Orthodox Community delivering his message on the occasion of the 85th Anniversary of the Community. “For a long period of time after GOCSA was established, it was the ONLY peak Greek community organisation, founded to serve all Greeks from all areas of Greece and also the broader Greek-Australian community.

Mr Gonis spoke of the endless work and contribution of the Community to the Greeks of South Australia, listing the numerous services offered in the areas of education, religion, aged care, community care and even migration issues.

“The Community in Franklin Street was well established and well versed in providing both financial assistance and advice in relation to work and accommodation as well as Greek schools for the children of the newly migrated ,” Mr Gonis said.

The Community’s President made a special reference to George Tramountanas, the first Greek who arrived in South Australia.

“I would like to acknowledge the first “official” Greek to settle in South Australia in 1842 namely Georgios Tramoundanas who spent a considerable amount of time farming near Elliston on the West Coast of the State,” Mr Gonis said.

Mrs Ismini Spiroglou President of the Community’s Cultural Committee delivering her message, said it was a privilege for her to be an active and involved member of this great organisation which has given so much and continues to do so for many people in South Australia. The formal part of the event concluded with the cutting of the 85th Anniversary cake, and was followed by dinner and live music.

The entertainment program also featured performances by the Community’s Dance Academy students. The night continued with good food and wine and lots of dance enthusiasts taking it to the dance floor.