Church of the Koimisis Tis Theotokou

Initially a Methodist church in Brompton, it was purchased and converted into an Orthodox church to serve the needs of the very large number of Greek migrants in the surrounding areas.

The Church of Panagitsa, as it was commonly known, became a magnet and at its celebratory services (15th of August) drew thousands of pilgrims. Sadly, this church was destroyed by a fire, but soon a brand new church was built at its current location at Croydon. The commemoration of the Dormition of Our Lady Theotokos* draws thousands annually during the duration of the two day event on the 14th and 15th of August. St. Isidoros and St.  Marcella, patron saints of Chios are also venerated at this church.  *The meaning of Theotokos corresponds to the Mother of Jesus Christ known in English as Virgin Mary. 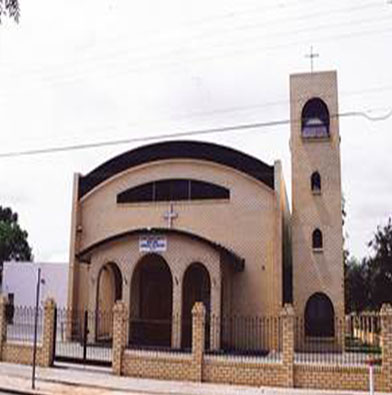