Along with the rest of Hellenism across the globe the Greek Orthodox Community of South Australia too paid tribute to “OXI” Day on Sunday 30th October 2016, in remembrance of the historic day that decisively marked the Greek nation’s trajectory. 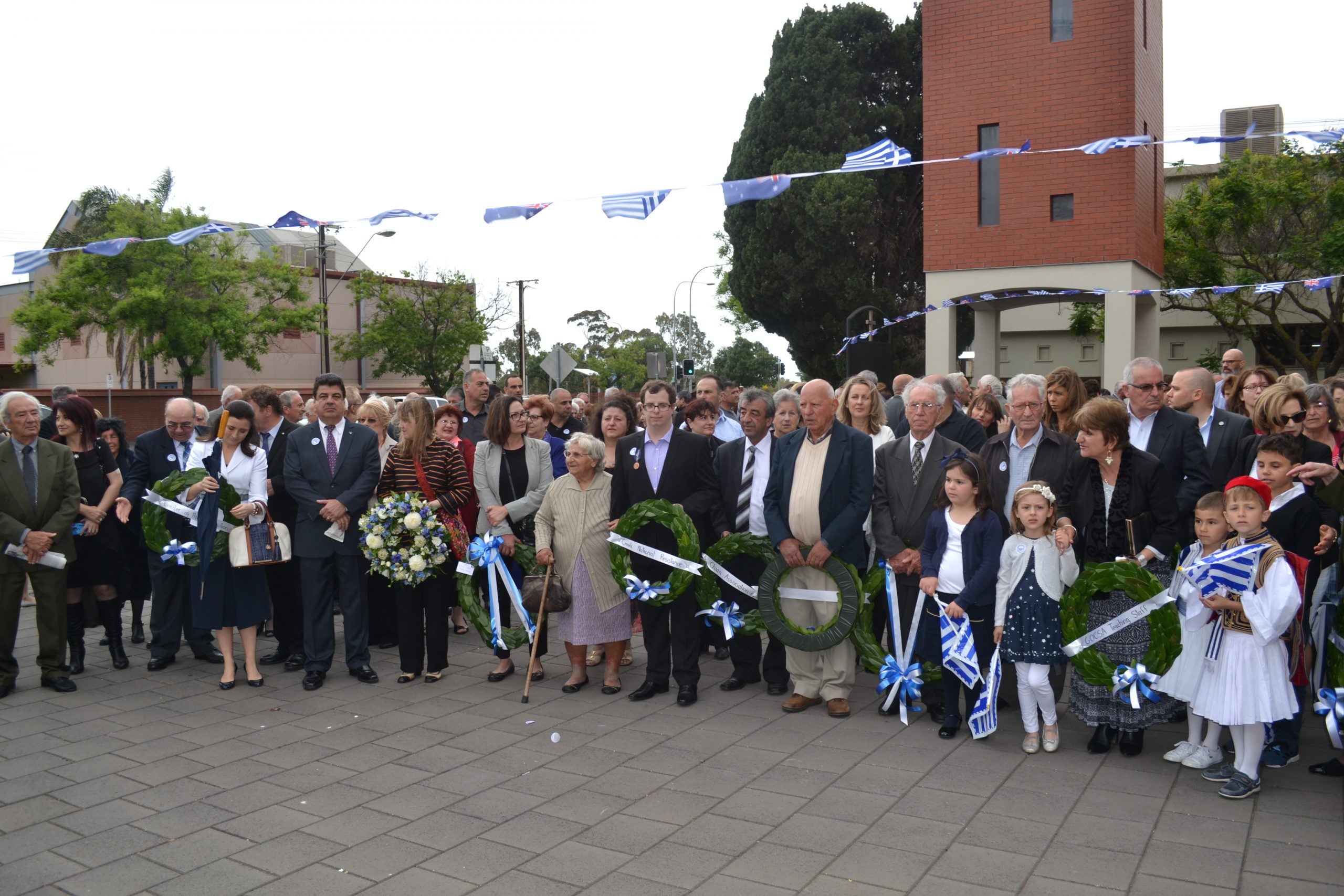 The celebrations began with a memorial service held at the Cathedral Church of the Archangels Michael & Gabriel in the city in the presence of Ms Rachel Sanderson, State Member for Adelaide and Shadow Minister for Families and Child Protection, Social Housing, Volunteers and Youth who represented the State Leader of the Opposition Mr Stephen Marshall, and the Hon Grace Portolesi, Chair of the South Australian Multicultural and Ethnic Affairs Commission, members of the Executive and Supervisory Committees, representatives of Greek clubs and associations, the clergy and teachers of the Greek language schools.

The service included the laying of wreaths, ensued by the Last Post and the observance of one minute silence to honour the fallen soldiers.Students from the Community’s Greek schools, dressed in traditional costumes recited poems from the era, describing through poetry the battles and hardships Greece faced at the time. The service concluded with the National Anthems, and despite the adverse weather conditions, everyone stayed until the end of the ceremony. Master of ceremony was Ms Himo Tsakalos from the teaching staff of the Community’s Afternoon Greek schools.