A well-kept secret of a turbulent past was “revealed” to hundreds of cinema goers at the launch of the 24th Delphi Bank Greek Film Festival on Thursday 12th of October at Palace Nova cinemas.

The Opening Night Gala of the festival which is brought to Adelaide by the Greek Orthodox Community, premiered the blockbuster film ‘Rosa of Smyrna” a captivating drama by George Kordellas about an enigmatic old woman from Izmir who carries a dark secret.

The sold-out event drew once again a myriad of cinema fans who flocked to Palace Nova cinema for the latest of Greek film production. 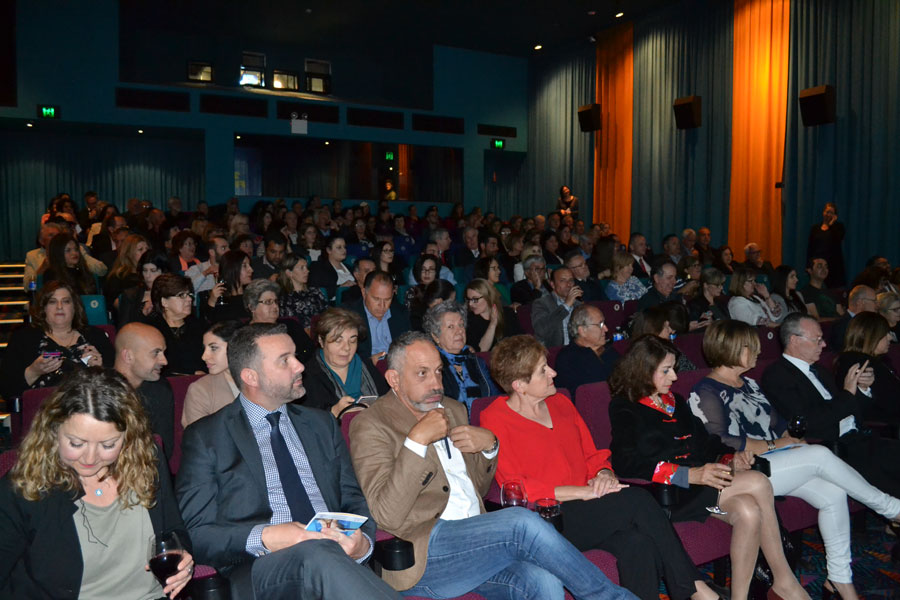 The opening night kicked off at 6.00pm with pre-drinks and finger food as guests and VIPs took the opportunity to socialise and discuss the cultural month of October.

At 7.00pm guests made their way to the theatre for the screening of the much anticipated film “Rosa of Smyrna” as well as the formal part.

Opening the formal part, the President of the Community Mr Bill Gonis OAM said that with what Greece has gone through the past five or more years, film coming from the Hellenic Republic debunks the myth that this is a country on its knees.

“In fact, it has shown this to be a spirited, resilient country looking for new and creative ways to get their films seen,” he said.

“We commend the resilience of the Greek film industry that provide us with the opportunity to see the world through of a contemporary Hellene,” said Mr John Tsoutsikos from Delphi Bank, praising the Greek film makers.

The formal part at the pack-out theatre was followed by the screening of the much anticipated opening film. The festival will continue until Sunday, screening a variety of quality films.