Under the sound of the ‘bouzouki’ and the timeless beauty of the Greek arts, the 12th Odyssey Festival started its 2017 journey with a spectacular show at Olympic Hall on Friday 6th of October.

The much-anticipated event drew hundreds of people from across the city at Olympic Hall unveiling a rich program for art lovers and the community in general.

The Greek Community became once again the hub of a month-long expression of culture throughout the Festival, reflecting this year’s theme “A Journey Through the Arts”. 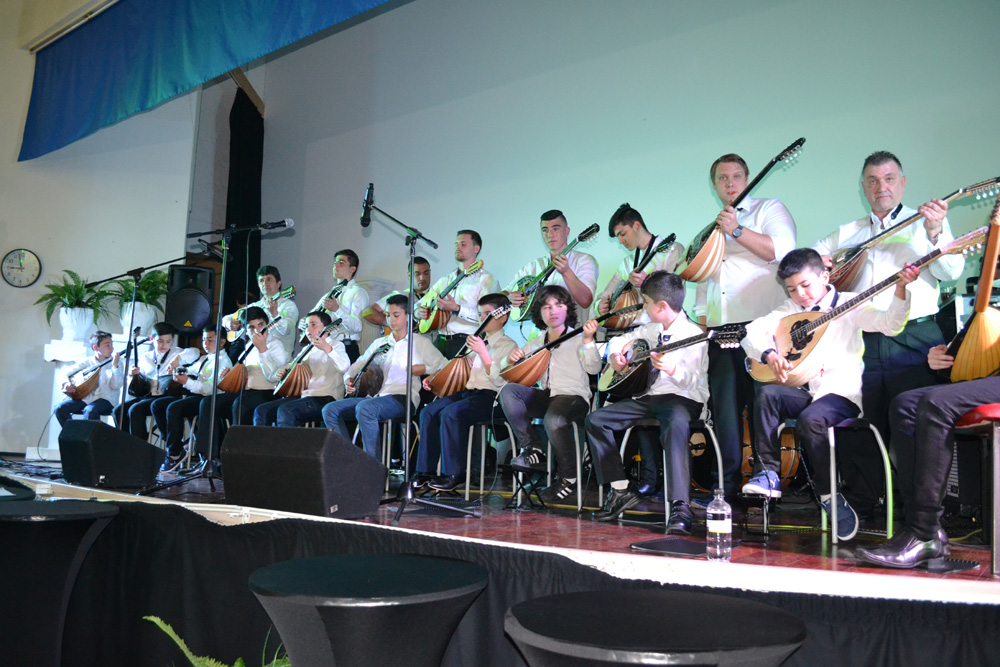 His Excellency The Hon Hieu Van Le, Governor of South Australia who brightened the event with his presence said it always pleased him to witness such vibrant cultural events.

“I always look forward to spending time with our State’s Greek community, and I am proud to support this fantastic event,” the Governor said.

Opening the formal part of the evening The President of the Greek Orthodox Community Mr Bill Gonis said the Community’s goal is to preserve the Hellenic culture and share it with the rest of South Australians.

“The progress and growth of our organisation in South Australia from the time of its incorporation in 1930 to the present represents a journey for us too and one which we are happy to share with you”, he said.

Following the formal part of the event, guests were in for a surprise when about 25 bouzouki players appeared on stage as part of a special music presentation.

Soon, all-time classic Greek tunes echoed inside the Hall as the students of the Con Dalagiorgos School of Music literally rocked the venue with their talent and passion for Greek music.

The special music feature was enhanced with dance performances by the Community’s Dance Academy, bringing to life some of the glorious Greek cinema moments of the 60s.

Meanwhile, the Arts Exhibition at the Hall draw the guests’ attention as there was a number of unique and inspiring pieces of art, three of which were voted as top art competition entries for this year’s Odyssey.

The lucky artist who received the top prize during the Art Awards presentation was Ms Maria Sagias for her 3-D work “Meteora in Autumn”. Ms Despina Maragkozidi and Ms Helen Victoria won the second and third prize respectively.

The Hon Michael Atkinson, Speaker of the House of Assembly and Member for Croydon on behalf of the Minister for Multicultural Affairs Hon Zoe Bettison, Mr David Pisoni, Shadow Minister for Transport, Planning and Infrastructure and Member for Unley on behalf of the Leader of the Opposition Mr Stephen Marshall, Ms Joe Chapley, Labor Candidate for the Seat of Adelaide, Ms Jayne Stinson, Labor Candidate for the Seat of Badcoe, Mr Laughlin Clyne, Mayor of the City of Unley and Liberal Candidate for the Seat of Badcoe, Ms Angela Evans, Mayor of the City of Charles Sturt, Mr Andreas Gouras, Consul General of Greece, Mr Chris Christoforou Vice President of the Cyprus Community of SA, representing the President of the Community Mr Andreas Evdokiou and Mr Frank Fursenko, President of the Ukrainian Community of S.A were among the official guests who attended the opening night.

The Odyssey Festival opening night marked the beginning of a month-long cultural adventure featuring a number of events for all ages and tastes, inviting all to join the journey through the Arts.