We invite you to the opening night on Thursday 3rd November at Palace Nova Cinemas. Join the myriad of Greek cinema lovers and feel the vibe at this year’s launch with the opening blockbuster film, ‘My Name is Eftihia’, a film by Aggelos Fratzis. Tickets sell for $40 per person, including pre-drinks and light finger food, the official launch and the screening of the film. For bookings and tickets visit Palace Nova online at www.palacenova.com.au/events/greek-film-festival-2022   or in person.

As we prepare for the film event of the year, here’s a quick look at this year’s films.

A film inspired by the life of Eftyhia Papagiannopoulou, a lyricist who created a massive volume of timeless popular songs, set to music by Tsitsanis, Kaldaras, Ηiotis, and Hadjidakis, among others. She travelled from Smyrna to Greece, with only one little pillow clutched between her arms. On board the ship that took her away from her home for ever, she decided she would never let life pass her by. She vowed to live on her own terms. Her name means Happiness but destiny made sure she knew very little of it. 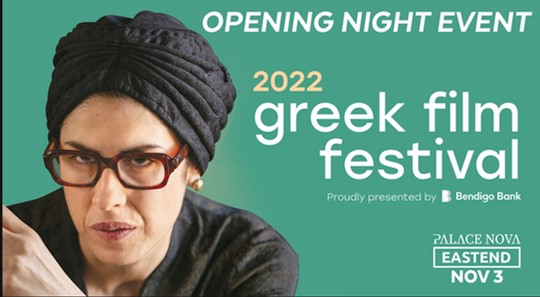