Henley beach and Henley square had their Greek colours on, on Sunday 8th of January 2017 as the Greek Orthodox Community held its annual Blessing of the Waters Festival as part of the Epiphany celebrations.

The celebrations combined the Divine Liturgy conducted at all the Community’s churches and the blessing of the waters service conducted at the Henley jetty. 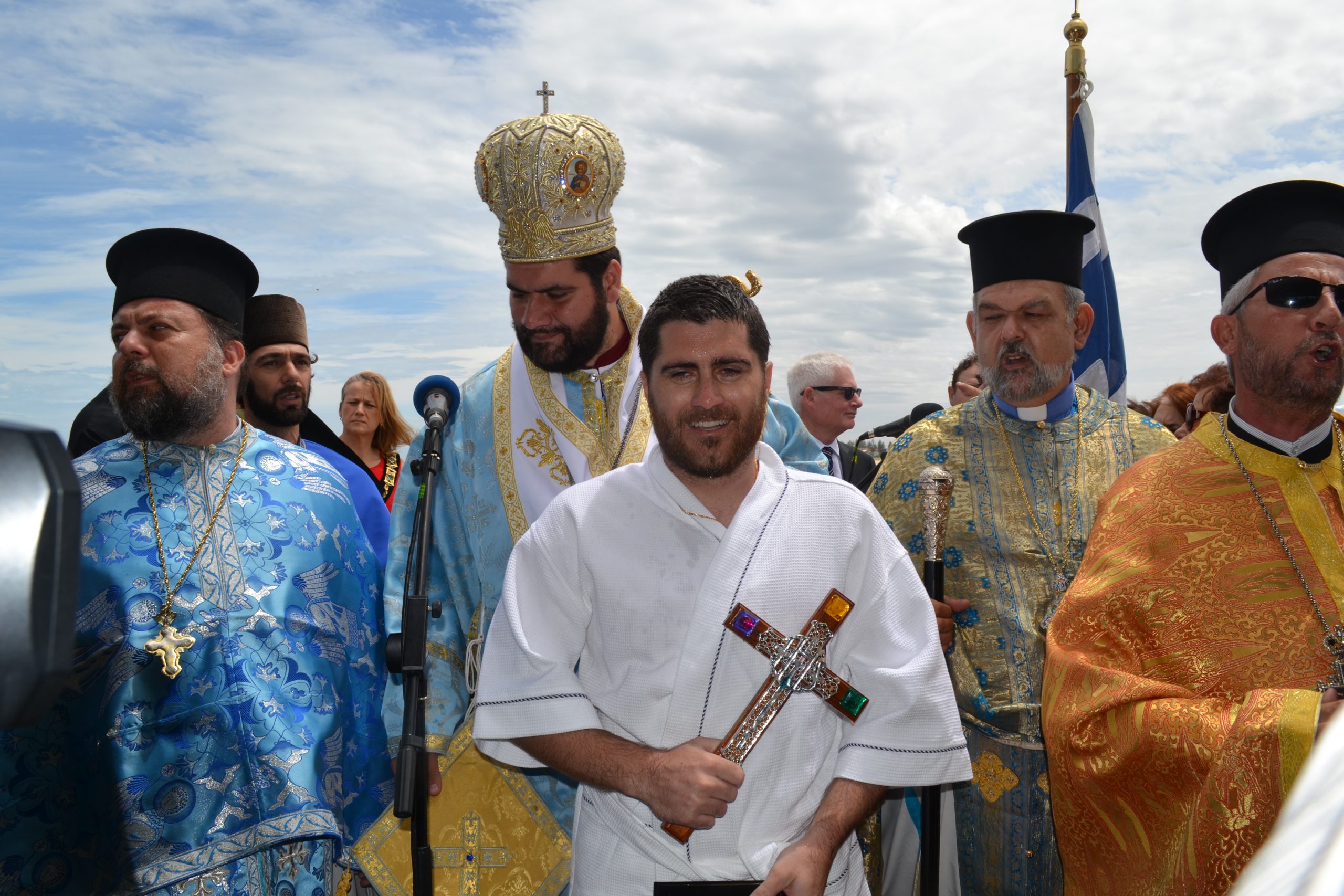 Meanwhile, Henley reserve was yet again turned to an open-air funfair ahead of the Blessing of The Waters festival, featuring grilled food, live music and dancing.

Food tents, outdoor settings, grills, tables and umbrellas by the seaside created a family atmosphere and the first summer event was underway.

The official part of the celebrations began around 12.15pm with visitors and official guests gathering at the end of Henley jetty to attend the Epiphany ceremony where our clergy purify and sanctify the waters, following the tradition of thousands of years.

His Eminence Bishop Chrisostomos, during the sanctification ceremony threw the cross in to the rather calm waters of Henley beach where Dimitrios Matsouliadis proved the strongest and more skilled of all other swimmers in the race to retrieve the cross.

At the same time, following the tradition, ten white doves were released in the sky as a symbol of purity and enlightenment, sending a message for peace and prosperity.

Back at Henley Square, the lucky swimmer was presented with a trophy by Bishop Chrisostomos, the Governor of South Australia and the Community’s President Mr Gonis and the formalities continued with speeches by official guests.

“Your culture is so vibrant and so rich and your contribution to this State’s cultural life is absolutely phenomenal,” said Mr Rau.

By that stage long queues had formed at the food stations as hundreds of people lined up for the best lunch in town.

The favourite Greek culinary aromas dominated the Square and along with the summer breeze it was the perfect Greek summer day…only thousands of miles away from Greece!

The official part concluded at around 1.00pm and the festival continued with dancing and live music.

The entertainment part began with a dance ritual by Indigenous cultural group Yelaka.

The ritual’s origins are found thousands of years ago, and portray the close relationship of the indigenous people of the area with the ocean and the land.

But fun really heated up when a unique dance/fitness group showed how Greek dancing combined with aerobic exercises can burn serious calories and help lose weight…just by having fun.

The crowd seemed to be enjoying the novelty and many joined the instructors as they were…well, performing!

But guests equally enjoyed the talented students of the Community’s Dance Academy who, once again showed their dancing skills by performing traditional Greek dances.

Meanwhile band Trio Zorba had in store a full entertainment package for the guests until late afternoon.

The Greek Orthodox Community of S.A. sincerely thanks the South Australian Government for sponsoring this event and for their ongoing support towards the Community’s events.