Culture met generosity on Sunday 7 May when South Australia’s Treasurer Hon Tom Koutsantonis announced a $10,000 grant towards the Community’s Dance Academy for the purchase of more traditional costumes.

The generous gesture was made during the 5th Goodwood Greek Festival and is one of a series of grants issued by the Weatherill Government to the Greek Orthodox Community. 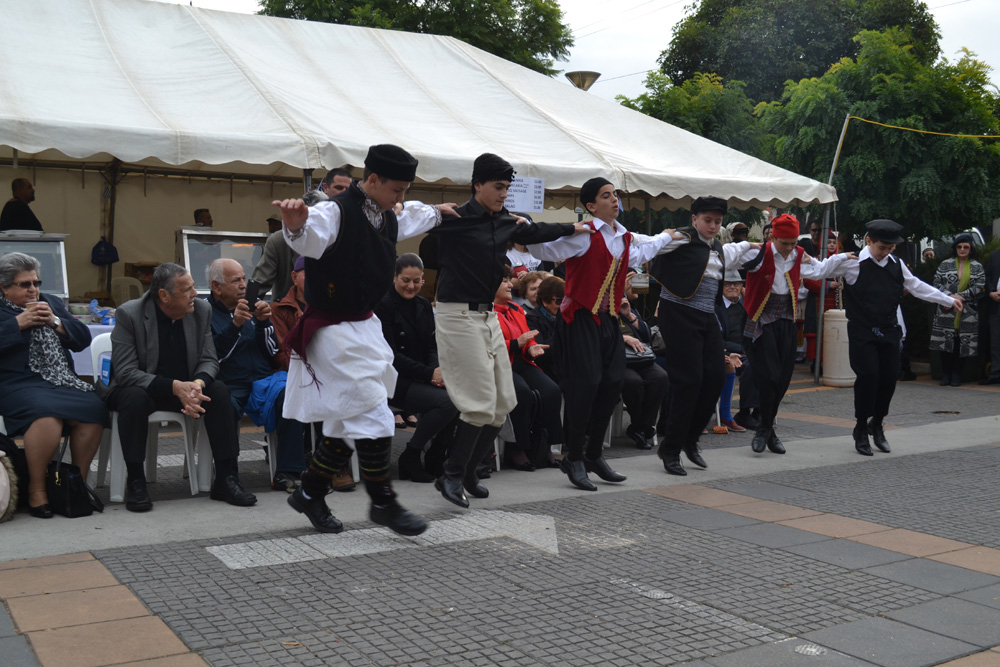 Meanwhile hundreds of Hellenes and philhellenes attended the Festival which turned Goodwood and the surrounding suburbs to a Greek corner, filled with Hellenic colours, sounds and culinary aromas.

By 1.00pm, just before the official part commenced, the Festival was a full house with Greek culture enthusiasts enjoying the best of Hellenic hospitality, great food, music and a fun atmosphere.

Opening the formal part of the Festival the President of the Greek Orthodox Community Mr Bill Gonis welcomed official guests and attendees and said that the Community is synonymous to preserving the culture and traditions of the homeland.

“Our Community festivals are an opportunity for us to share some of our parents & grandparent’s culture and traditions that were brought to Australia in the 50s’ & 1960’s,” he said.

At the same time he extended a heart-felt thank you to the Community’s volunteers for their invaluable contribution to the Festival’s success.

In his message, Mr Koutsantonis congratulated the Greek Orthodox Community for organising such a lively, cultural even and sharing it with the rest of the community saying that he was particularly pleased to see the Organisation is still being active in preserving the Hellenic traditions, 87 years on.

“You keep the Hellenic spirit and the traditions of our homeland alive,” Mr Koutsantonis said.

Impressed by the talented dancers of the Dance Academy he then announced the $10,000 grant from the Labor Government towards the Academy’s need for more traditional costumes.

The Minister for Multiculturalism and Minister for Volunteers Hon Zoe Bettison, addressing the guests and patrons focused on the invaluable contribution of volunteers in events such as this and continued on by saying that diversity has given more life ‘zoe’ [making a reference to her own Greek name] to South Australia and Australia in general.

His Eminence Bishop of South Australia Chrisostomos and the President of the Saints Constantine & Helen Women’s Fellowship Mrs Georgia Vlahos also delivered a message to the Festival’s attendees.

The Festival goers were in for a treat as a full entertainment program offered the best cultural and multicultural experience.

Performances not only by the Community’s Dance Academy but by the Serbian dance Group ‘Opalec’ offered the best of traditional dancing from various regions of Greece and Serbia.

It’s worth mentioning that the Goodwood Festival is held as part of the Saints Constantine and Helen Name Day celebrations.