“The more you celebrate your culture, the better the community gets”

This is how the South Australian Government saluted the opening of the 13th Hellenic Cultural Festival on Friday October 5 at Olympic Hall.

Being the ultimate Hellenic cultural event that marks the beginning of “Greektober”, the official opening drew hundreds of art enthusiasts as well as philhellenes from the wider community.

The Olympic Hall in its usual glory, projecting the 88 year-long history of the Greek Community, wore the colours of Hellenic culture.

It is a love affair unchanged in time. 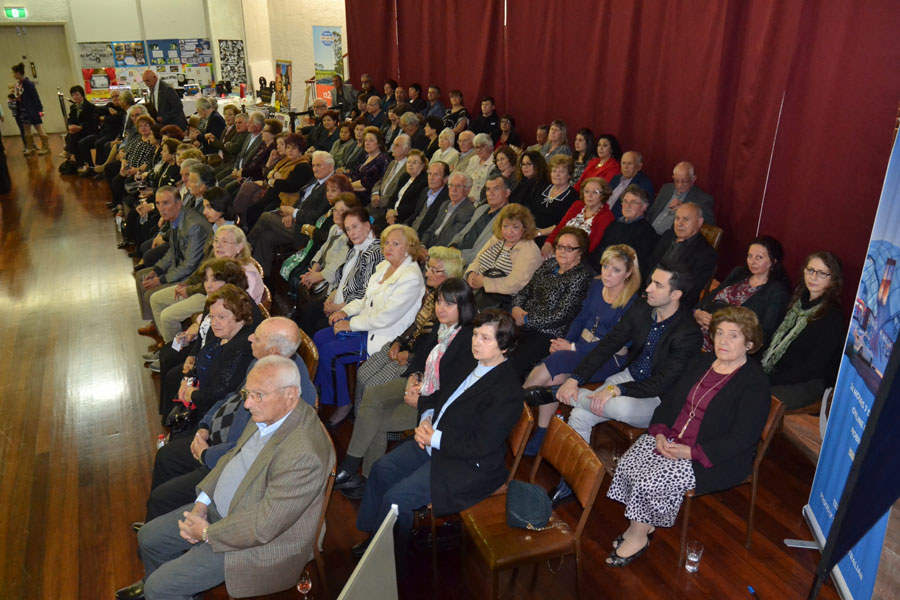 The Olympic Hall is also home to this year’s Odyssey Art Exhibition, until the end of the Festival in early November.

The official part marked the beginning of the Festival featuring speeches from official guests, music and dance performances and award presentations.

Mr Sam Duluk, Member for Waite who represented the Premier of South Australia the Hon Steven Marshall praised the Greek Orthodox Community of S.A. for its love and devotion to the celebration of culture.

“We are thankful that not only you celebrate but you share your amazing culture with us,” said Mr Duluk.

“The Hellenic culture is not only an indispensable but a necessary part of our life here in South Australia,’ he added.

Both the Leader of the Opposition in South Australia Mr Peter Malinauskas and the Lord Mayor of Adelaide Mr Martin Haese made similar comments.

“You’re a fine example of preserving and promoting your culture to the younger generations and to us as a consequence,” Mr Malinauskas said.

The official opening continued with a music presentation by members of local band ’Meraki & Friends’, under the direction of ethnomusicologist Demeter Tsounis.

This music presentation was enhanced by members of the Community’s Dance Academy who accompanied the songs performed by the band.

But all the anticipation was built for the acclaimed Odyssey Art Prize Awards Presentation which every years announces three winners.

Oil on canvas, sea shells, clay, charcoal on canvas, all forms and materials were used with imagination to produce an impressive art work.

However, only three of them ticked all the boxes for the judges who admittedly had a hard time deciding for the top three.

The second prize went to Nikolaos Tsatsaronis for his work “Kastellorizo” and the third prize to Desma Kastanos for her piece “Santorini”.

The soiree featured more elements of Hellenic culture with live music by ‘Meraki & Friends’ and a variety of favourite delicacies.

It is reminded that the Hellenic Odyssey Festival will run until the 3rd of November where a tribute concert to Greece’s most acclaimed composer Mikis Theodorakis has been scheduled as the grand finale.